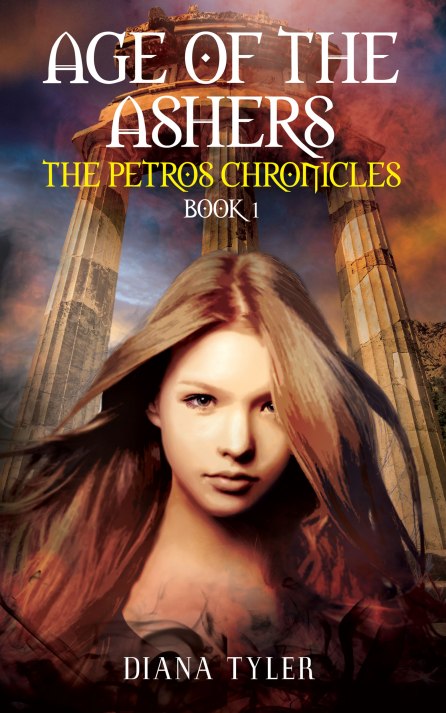 One week ago I hadn’t heard of Kindle Scout. As an author, that is probably remiss of me. When my friend and fellow author Diana Tyler said she had submitted a book to Kindle Scout, I had to find out more about it.

What was even more important, I wanted to vote for Diana’s book.

If you follow the link, you can nominate Diana Tyler’s book too. There’s an excerpt for you to read. Believe me, you’ll love it.

What if all the ancient myths are true?

Eighteen-year-old Chloe Zacharias is perfectly content being an outsider. But an ancient prophecy has different plans, plans to catapult her into the middle of an ages-old war between beings she only thought were mythical. Filled with magic, mystery, and sprinklings of Greek mythology, Age of the Ashers is a powerful fantasy adventure for those who love to lose themselves in the world of make-believe.

There is one month, or 27 days left now, for you to nominate Age of the Ashers.

When the 30-day campaign ends, nominations are tallied and Diana will receive word if her book is to be published.

There something for you for nominating.

As a thank you from Kindle Scout and Diana Tyler, you will receive a free copy of Age of the Ashers.

Even if Kindle Scout don’t pick up the book, Diana will send you a free copy to thank you for supporting her.

Diana has been writing all her life, starting with her own versions of Teenage Mutant Ninja Turtle comics when she was four. She’s always been fascinated with Greek mythology and comic book superheroes, all of which inspire her fantasy novels. She’s also a gym rat who loves to pretend she’s Wonder Woman while lifting heavy weights and swinging from rings and pull-up bars. She co-owns CrossFit 925 in San Antonio, Texas with her husband Ben.