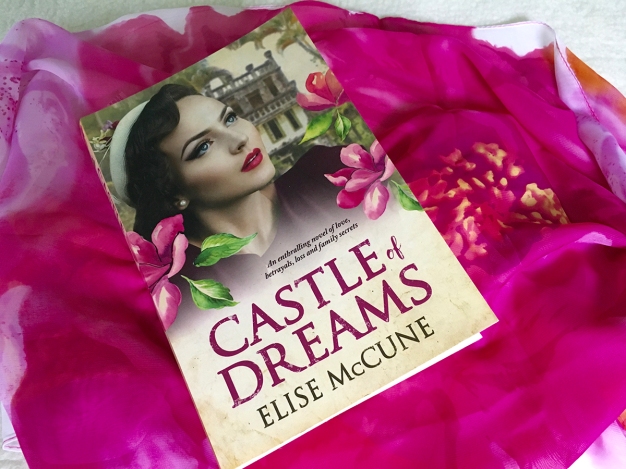 “An enthralling novel of love, betrayals, loss and family secrets”

A ruined castle deep in the rainforest holds a secret that unites three generations of women: two sisters who find themselves in love with the same man as the Second World War rages and, decades later, a young woman determined to uncover the secrets in her grandmother’s hidden past.

To start with Castle of Dreams has the most beautiful cover. I know many readers, my self included, who have bought books for cover-love. In this case, the story doesn’t disappoint.

Set in the Northern Queensland rainforest, it is an enchanting and compelling read.

It took me on a journey through the lives of three generations of women, revealing secrets and bitter betrayals, and ultimately the love that is the glue that held them together.

I think it’s special for me because, over the years, I’ve often been to the castle on which Elise McCune has based her story.

I highly recommend this book and eagerly anticipate Elise McCune’s next novel. 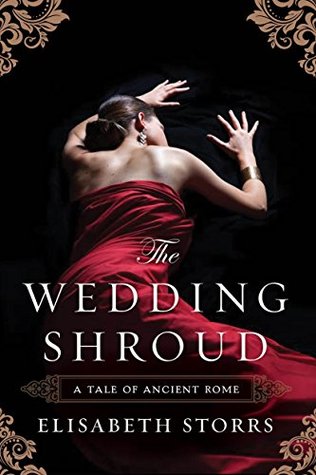 Elisabeth Storrs resurrects the lost world of the Etruscans in her well-researched and captivating novel, The Wedding Shroud.

I love Historical Fiction and, while many stories have been written about Ancient Rome, I was delighted to read a book about the earlier Etruscan culture, which is revealed through the eyes of the novel’s heroine, a young Roman woman named Caecilia.

I definitely recommend this book.
*******************************
In 406 BC, to seal a tenuous truce, the young Roman Caecilia is wedded to Vel Mastarna, an Etruscan nobleman from Veii. Leaving her militaristic homeland, Caecilia is determined to remain true to Roman virtues while living among the sinful Etruscans. But, despite her best intentions, she is seduced by a culture that offers women education, independence, sexual freedom, and an empowering religion.

Enchanted by Veii but terrified of losing ties to Rome, Caecilia performs rites to delay becoming a mother, thereby postponing true entanglement. Yet as she develops an unexpected love for Mastarna, she’s torn between her birthplace and the city in which she now lives. As war looms, Caecilia discovers Fate is not so easy to control, and she must choose where her allegiance lies.

The Wedding Shroud is the first book in the series A Tale of Ancient Rome. Subsequent books in the series include The Golden Dice and Call to Juno.

Do you write romance novels? If so, please read the top pet peeves that romance editors have noted in the article. I would say the tips are good for all of our writing genre’s… not just romance.❤ Click the highlighted link below to read the article: Source: » 7 Ways to Win Over Romance Book […]